Oro House Fentanyl Detox, Addiction, and Withdrawal Treatment in Malibu and Los Angeles, California offers a safe and effective fentanyl rehab program in a luxury environment for a lasting recovery.

Our award-winning treatment centers have successfully treated heroin and opioid addiction for over a decade, so we are uniquely qualified to help people overcome the most difficult phase of fentanyl detox and withdrawal and continue through addiction treatment and recovery.

The opioid and heroin epidemic has escalated since the 1990s, but in recent years, fentanyl has shown to be even more dangerous and deadly.

New data from the Centers for Disease Control and Prevention (CDC) shows that approximately 105,752 people died from a drug overdose in 2021 and two-thirds of the overdose deaths were related to fentanyl and opioids. This was the largest number of overdose deaths ever recorded in a single year. 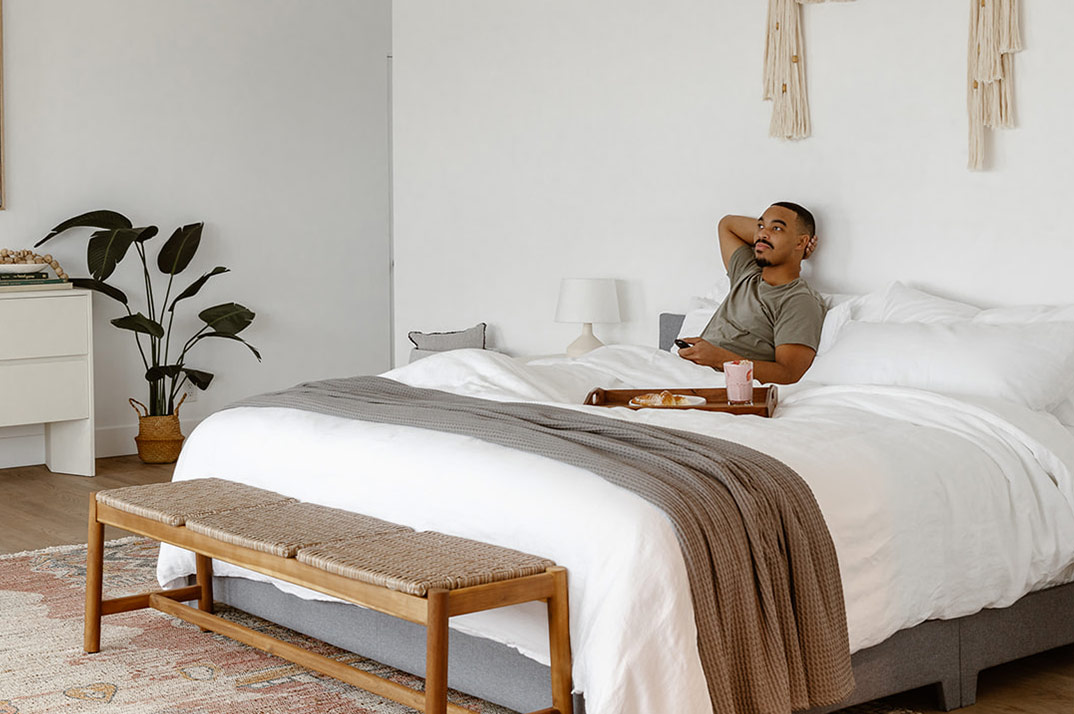 The current fentanyl overdose numbers are likely to rise in the coming years unless we find a way to get people the help they need now, before it’s too late.

Many people who overdosed on fentanyl didn’t know they were taking it because it is often added to opioids, heroin, or even cocaine and meth to make a more powerful substance that is cherished on the street.

We are committed to improving the lives of those with an addiction to all drugs, including heroin, opioids, fentanyl, or any that may contain fentanyl.

Oro House Recovery Centers was chosen as the Best Addiction Treatment Center in California by Newsweek, and one of the leading dual diagnosis treatment facilities in America.

Contact us at (888) 595-0235 or use the form below to learn more about our Fentanyl Detox, Addiction, and Withdrawal Treatment in Los Angeles and Malibu, California.

Fentanyl is an extremely powerful synthetic opioid that is 50 times more potent than heroin and up to 100 times stronger than morphine.

Pharmaceutical fentanyl can be used as a prescription for severe pain, or for people who have a high tolerance to other opioids. Fentanyl is sometimes known by the names Actiq® or Duragesic® and the methods of use can be as a fentanyl patch, lozenges, or an injectable shot.

All of the legal fentanyl prescriptions are safe for use because they are supervised or administered by a doctor and the doses are carefully regulated.

Unfortunately, illegal or illicit fentanyl is manufactured in labs, often in China or Mexico, with no medical oversight, and available in a wide range of variations such as liquids, powders, or mixed into pills that resemble other prescription drugs.

On the street, dealers will add these forms of illegal fentanyl to other substances like heroin, meth, cocaine, and opioids to amplify their strength.

Fentanyl has been found pressed into xanax and other pills that are not related to opioids. Unsuspecting users or dealers have no idea what they are actually buying or selling until it’s too late and a fatal overdose happens.

Because fentanyl is many times more powerful than heroin, it only takes a very small amount to cause a deadly overdose. In fact, fentanyl is so potent that many overdose victims cannot be revived with a single dose of Narcan (Naloxone) that has been used to counteract heroin overdoses.

In recent years, fentanyl flooded the market to fill the demand caused by the heroin and opioid epidemic because it is cheaper and easier to manufacture.

Now that fentanyl is being mixed with almost all types of illegal drugs, it is not safe to take any substances purchased on the street without the risk of a fatal overdose.

This makes it crucial for everyone dependent to any type of drug to seek addiction treatment as soon as possible to avoid an accidental overdose that may prove to be fatal.

It’s a totally different world today for anyone with a substance use disorder and the stakes have never been higher.

Fentanyl Addiction usually follows a similar pattern to that of opioid and heroin addiction.

Historically, people were legally prescribed opioids to manage pain after surgery or an injury. Because opioids are highly addictive, many individuals developed a dependence, and when the prescriptions ran out, they turned to the streets for relief from the cravings.

Illegal opioids can be expensive and difficult to get, so some turned to heroin because it is cheaper and more readily available.

One of the biggest problems with opioids, besides being highly addictive, is that users quickly develop a tolerance and require higher or more frequent doses to get the same effect as when they started using them.

As a user moves up to stronger opioids, they reach a point where it fails to work as needed, so they switch to heroin. This will provide the needed boost for a while, but eventually a person will need to increase the dose or frequency of heroin use to keep from feeling sick due to withdrawal.

At this point, a person is clearly addicted, so getting clean and sober becomes extremely difficult, especially if trying to do it alone without professional medical treatment.

When the need for more powerful heroin becomes necessary, an individual either begins using heroin mixed with fentanyl, or they completely turn to using fentanyl by itself.

Once a person begins using fentanyl regularly, there’s no turning back as opioids and heroin will not be strong enough to overcome the cravings or withdrawal symptoms.

Most fentanyl side effects are similar to opioids and heroin although they may be more intense because it is a much stronger drug.

The signs and symptoms of fentanyl use share the same characteristics since it is essentially an opioid, and withdrawal symptoms are just as painful or difficult, if not worse.

Side Effects of Fentanyl Use

The intense feelings of euphoria, relaxation, and pain relief attract people to using fentanyl and keep them wanting more.

However, these feelings are fleeting, and the longer a person uses any type of opioid like fentanyl, the shorter the effects become as the tolerance increases. It becomes necessary to take higher doses or use it more frequently to get the same high.

Once a person becomes dependent or addicted to the drug, they must keep using it or they will suffer with painful fentanyl withdrawal symptoms.

Fentanyl addiction causes unhealthy functional and structural changes to the brain and alters the way the brain works.

This means a person needs the drug to feel normal because fentanyl has hijacked the opioid receptors and the brain no longer works the way it did before using the drug.

Without the drug, a person will feel depressed, experience anxiety, drug cravings, and lose interest in activities or relationships they once adored. Their only interest is getting more fentanyl to feel pleasure again.

But the worst symptom is fentanyl withdrawal, which may begin within hours after a person stops using the drug and can get progressively worse over the next 12 to 72 hours.

Fentanyl Withdrawal Symptoms can include:

Fentanyl withdrawal symptoms can become so painful that many people continue using the drug just to avoid feeling sick. This also causes them to avoid trying to quit or seeking addiction treatment.

Oro House fentanyl addiction treatment in Los Angeles and Malibu is a comprehensive recovery program that begins with a medically supervised fentanyl detox to keep our clients safe and comfortable during the withdrawal stage.

After detox has been completed, our clients begin the residential inpatient phase of fentanyl addiction treatment.

Fentanyl detox is recommended as the first phase of addiction recovery to provide a safe and comfortable environment during withdrawal.

Drug detox helps to overcome the physical and psychological dependency to fentanyl.

Our dedicated and experienced team of board-certified addictionologists and nurses supervise and manage our clients 24/7 onsite at our treatment facility.

Fentanyl detox can typically last for 5 to 7 days or longer depending on each person’s condition.

During that time, we offer a variety of evidence-based approaches, including Medication Assisted Treatment (MAT) when necessary, because it is considered the most effective method for heroin, opioid, and fentanyl treatment.

After fentanyl detox has been completed, a 30 to 90-day residential treatment program has shown to be the most successful way to recover from fentanyl addiction.

At Oro House Recovery Centers, we use evidence-based treatment modalities that have proven to work for all forms of addiction recovery, including fentanyl addiction.

We may use Medication Assisted Treatment (MAT) during or after detox because of its efficacy for successfully treating fentanyl addiction and withdrawal.

MAT incorporates medications like Naltrexone and Buprenorphine to reduce dependence to opioids and fentanyl, and to normalize proper brain functioning.

We also provide dual diagnosis treatment in Los Angeles and Malibu for those with co-occurring disorders of addiction and mental health issues combined, for a long-lasting recovery.

We understand how dangerous fentanyl addiction can be, and its impact on the entire family, so we developed our Compassionate Care Model® of treatment that encourages “Connection, Not Control.”

Our fentanyl addiction treatment program is custom tailored to the unique needs and goals of each of our clients. Our individualized approach considers all factors related to our clients, including:

Recovering from a fentanyl use disorder can take time as the body and brain begin to heal. But it is possible for anyone to recover with the experience and support of our compassionate team. Our staff will be with you during your entire recovery journey.

If you or someone you care about is struggling with fentanyl addiction or withdrawal, it’s crucial to get professional help as soon as possible before it’s too late.

To learn more about our Fentanyl Detox, Addiction, and Withdrawal Treatment Program in Los Angeles and Malibu, California, call us toll-free at (888) 595-0235.