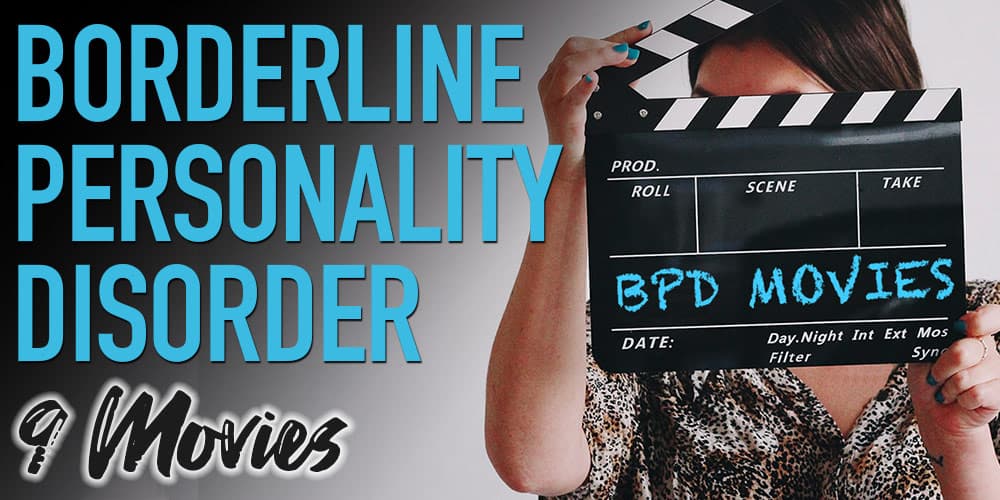 The prevalence of mental health issues, not just in the U.S., but also in our own communities is not usually a common topic of discussion. However, we only have to look as far as films on the “big screen” to understand how intertwined mental illness is in our society. Movies about Borderline Personality Disorder, or BPD, are excellent examples of mental health issues being portrayed in film.

Borderline personality disorder is a mental illness that can cause a person to suffer from serious and intense bouts of depression, anxiety, or anger that may last from a few hours to a several days. People living with the disorder very often find it difficult to regulate their emotions or quickly recover from the intense shifts in mood.

As the National Institutes of Mental Health (NIMH) writes, “it is an illness marked by an ongoing pattern of varying moods, self-image, and behavior.”

Research suggests that an estimated 1.4 percent of the U.S. population struggles with BPD, though there are certainly more cases that go undiagnosed and are never counted in this estimate.

Angelina Jolie portrays one of the very first supermodels, Gia Marie Carangi, in this HBO film. While the movie does not address a BPD diagnosis head-on, Carangi’s troubled life displayed many of the telltale symptoms, such as depression, an intense fear of rejection, and a continuing battle with substance abuse.

Pat Solano, played by Cooper, is recently released from a stay in the hospital as a result of his bipolar disorder. He then develops something of a chaotic relationship with Tiffany Maxwell, played by Lawrence in the film, who shows all the signs of borderline personality disorder.

Directed by David O. Russell, the film balances comedy with the drama of mental illness. It was incredibly well received at the box office, even earning Lawrence an Academy Award for Best Actress.

Thirteen is a unique film that was written, in part, by Niki Reed and loosely based on one year of her life as a teenager in Los Angeles.

In the comedy movie, Welcome to Me, Kristen Wiig plays the character of Alice Klieg, a woman with borderline personality disorder. When Alice happens to win the lottery, she uses her millions to produce a talk show that’s all about herself.

This hilarious film draws a sympathetic portrait, but doesn’t shy away from the character’s irrational fears and desires or her painful struggles.

The film was well received and has even found a much larger audience through streaming platforms.

Fatal Attraction is something of an icon in the thriller genre of films, with Michael Douglas portraying successful New York attorney Dan Gallagher. His life is thrown into utter terror after he has an affair with Alex Forrest, played by Glenn Close.

Close’s character displays classic borderline personality disorder symptoms with her intense fear of abandonment and rejection, as well mood swings that turn into vengeful rage against Dan and his family.

The film was number one for two months, earning all kinds of critical acclaim, as well as six Academy Award nominations.

Eternal Sunshine of the Spotless Mind is a science fiction based romantic comedy/drama that stars Jim Carrey as Joel Barish and Kate Winslet as Clementine “Clem” Kruzynski.

Told in a nonlinear fashion, the film follows the estranged couple that has now had their memories of one another erased. Though she’s portrayed as a “free spirit,” there are clear signs throughout the film that Clem struggles with many of the self-destructive symptoms of BPD.

With an all-star lineup of actors, the film was well received, earning both Academy Award and Golden Globe nominations. It is also interesting that years later, Jim Carrey began openly discussing his struggles with mental health issues.

When Kaysen is befriended by another patient, played by Angelina Jolie, she’s easily led down a difficult, more chaotic path that gets them both into a lot of trouble.

Eventually, Kaysen must decide whether her friendship with Jolie’s character will stop her recovery from borderline personality disorder.

While Girl, Interrupted received mixed reviews when it came out, it is an exceptional movied about BPD, and it earned Angelina Jolie an Academy Award and Golden Globe for best supporting actress.

Frances is inspired by the true story of Frances Farmer, an actress and television host in the 1930s whose career suffered in part because of her struggles with BPD. Played by Jessica Lange, the story follows Farmer’s life and career as the symptoms of her mental illness eventually get her institutionalized.

Many critics have hailed this role as perhaps one of Lange’s best performances ever, and it earned her both Academy Award and Golden Globe nominations for Best Actress.

Prozac Nation is based on a blockbuster memoir of the same name, written by Elizabeth Wurtzel.

This autobiographical film follows Wurtzel, played by Christina Ricci, as she battles with substance abuse, depression, intense insecurities, and self-destructive behavior during her freshman year at Harvard.

The film opened to mix reviews, but continues to be a unique example of a writer honestly approaching her issues with mental illness. Wurtzel continued to write in the years after the film. She passed in 2020 from complications related to breast cancer.

Borderline personality disorder is a complex mental health condition that often negatively impacts a person’s behavior, relationships, emotions, and self-image.
Some people struggle with issues of self-harm or even suicidal thoughts and ideations, not knowing that the problems they face on a daily basis are related to BPD.

All of this is coupled with the fact that there is still a huge stigma about mental illness treatment here in the U.S. and around the world.

Because borderline personality disorder is so difficult for people to understand, seeing characters in BPD movies that exhibit some of the symptoms can be an eye-opening experience for those living with the condition, as well as their loved ones.

Hopefully this will help them understand that it is a real condition but it is manageable with proper treatment.