What is the Difference Between a Bad Habit vs. Addiction? 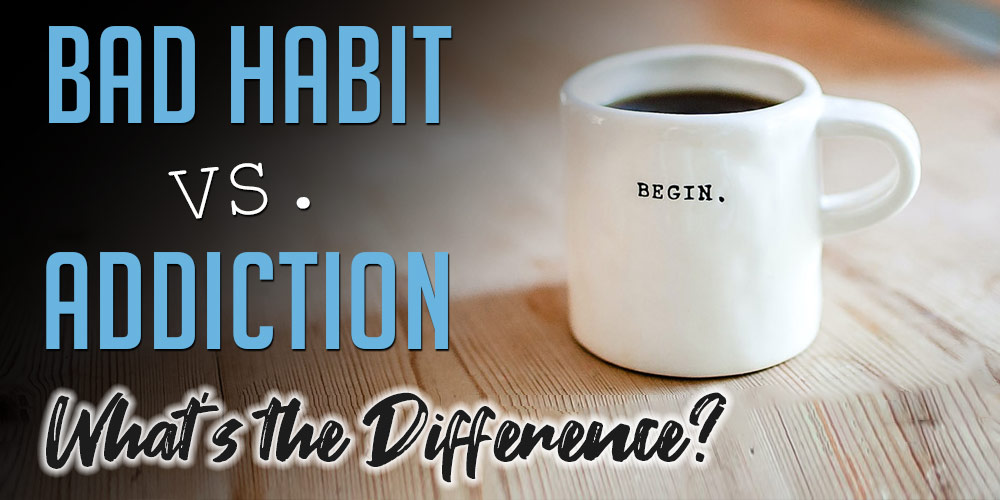 Many people wonder how to know when a bad habit becomes an addiction. It can be difficult to say depending on the type of habit or behaviors involved, especially if they include certain substances. First, it’s important to understand the differences and similarities between a bad habit vs. addiction.

We are all, by nature, creatures of habit. It’s an inescapable part of the human condition. Obviously, anyone can have unhealthy habits, alongside their good ones, but when do bad habits cross the line into addiction?

What is a Habit?

A habit is a behavioral pattern developed with repetition over a period of time.

Habits can be conscious or unconscious. For instance, perhaps you have a place you set your keys every time you enter the home. Maybe you made a conscious decision to place the keys there so you would know where they were each time you needed them.

On the other hand, it might just be a convenient spot to place the keys and no conscious decision was ever made regarding the behavior. It is still a habit.

By repeating a behavior until it becomes a habit, it creates a pathway in the brain that is effortlessly followed again as a person becomes more efficient at unconsciously performing the task. 3 Basic Elements to a Habit

Sticking with our house keys example, the cue for this habit is the need to set our keys down after we get inside. It may also be simply looking at the space we set them on. Glancing at a table or a key hook and seeing the keys aren’t there might be a trigger to pat at your pockets, pull the keys out and set them down.

The routine element of a habit is the part that develops over time and with repetition. Here again, maybe you’re somebody who grew tired of constantly misplacing your keys and decided to form a more reliable habit by having a set location for them. This might have taken a conscious effort for a little while, but before long, you’re not even thinking about it.

Every habit brings some form of reward or outcome. For people who have a habit of drinking coffee in the morning, the outcome is increased energy or focus after waking up. The reward for having a place to habitually set your house keys is never losing them.

Signs You Have Formed a Habit:

The crossover between habit vs. addiction is more acute when substances are involved. Caffeine, for instance, is habit forming and too much or too little of it can affect a person’s physical and psychological state. Does that mean it’s an addiction?

What is an Addiction?

According to the American Society of Addiction Medicine, “addiction is a treatable, chronic medical disease involving complex interactions among brain circuits, genetics, the environment, and an individual’s life experiences. People with addiction use substances or engage in behaviors that become compulsive and often continue despite harmful consequences. Prevention efforts and treatment approaches are generally as successful as those for other chronic diseases.”

Obviously, there’s a difference between an addiction to caffeine and a condition like alcoholism, just in terms of the physical and psychological tolls these substances have on the body.

A key aspect of addiction is continuing to engage in behaviors despite negative physical, emotional, social and professional consequences.

A person could engage in a number of habits that others think are unhealthy or “bad,” but might not meet the actual definition of addiction. They may drink regularly, gamble, practice unsafe sex, shop, or eat compulsively. However, if these actions are not negatively affecting their health, relationships with others or careers, they might not technically suffer from addiction.

A habit escalates to addiction when it has a negative impact on daily life and is difficult to stop.

It’s when that behavior starts to cross the line, damaging other aspects of their life, that addiction is likely taking hold.

What Are Some Signs of Addiction?

Understanding the signs of addiction is key. These can include:

All of these signs of addictions are relevant, but the structural and functional changes in the brain are essential to addiction because these changes take place in various regions of the brain and have an impact on the reward system.

Part of this is due to a surge of dopamine in the brain that accompanies the use substances like drugs or alcohol.

Applying what we learned about habits, they begin with a cue that becomes a routine that offers a reward.

When examining a habit vs. addiction, there are similarities. A stressful day at work may be a cue to have a drink to relieve the stress. If that happens on a regular basis it can become a daily routine.

The reward is reduced stress, although over time, it actually hijacks the reward center of the brain.

When this occurs, the brain is unable to handle stress without a drink and a person needs to keep drinking despite the negative consequences that affect their health, relationships, physical appearance, and finances.

This is because having a drink can increase dopamine in the brain, leading to a pleasurable effect on the brain’s reward circuit and induces them to repeat the behavior.

They begin to crave the dopamine high. Although once a tolerance appears, they need more and more of it to stimulate the same response. If they try to quit, they experience withdrawal symptoms.

These are the hallmarks of addiction and the dopamine response from using substances is a key difference not found with habits. 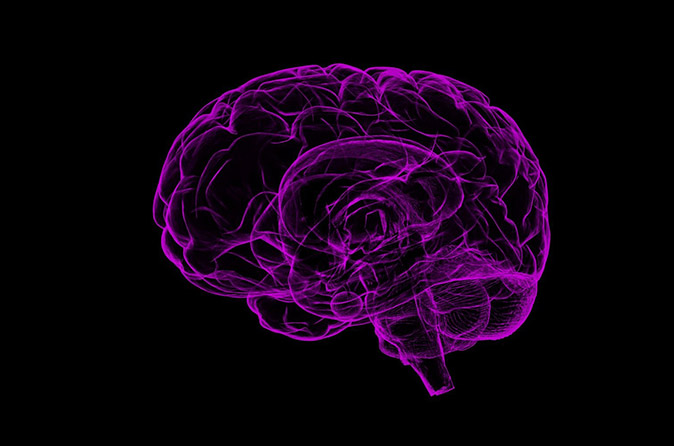 Changing a Habit vs. Addiction

It’s important to remember that habits, whether they’re good or bad, can be changed. It might be challenging to give up an old habit or develop a newer, healthier one, but it is achievable with time and repetition.

Changing a habit can be done alone and doesn’t require the help of anyone else.

That’s not the case with addiction. It’s hard to imagine an addiction that would be considered healthy or good, and for many people, overcoming an addiction can be difficult or impossible if trying to do it alone.

Treatment for addiction can be accomplished in many ways, like 12 step programs, non 12 step rehab facilities, inpatient or outpatient settings, dual diagnosis treatment centers, and a variety of support groups.

There is no shame in struggling with addiction, and seeking help from others increases the likelihood that a person can make a full recovery.

Support, understanding, compassion and healing are within reach for people who seek help from addiction.

The main difference between changing a habit vs. addiction lies in the fact that continuing a bad habit, might not be a problem, while continuing to struggle with an addiction can have a negative impact on all aspects of a person’s life and their family.