Most adults who drink alcohol, either regularly or on special occasions, are likely to have at least a little bit of experience with hangover symptoms. Far more dangerous and potentially deadly, alcohol poisoning is a condition that can shut down the body’s vital functions and require immediate medical attention.

Just a little too much alcohol can cause a dehydration headache, a lack of energy, and feelings of regret the next morning. Unfortunately for some, there’s a fine line between waking up feeling bad the next morning or passing out from alcohol poisoning symptoms.

This is a serious subject among young adults and college students. A check of message boards and social media show many of the following questions are asked on a regular basis:

It’s easy to brush aside this subject and incorrectly assume that those at most risk are college-aged revelry-makers who can’t “hold their liquor” just yet. While young adults are vulnerable to the symptoms of alcohol poisoning, they are not the highest risk demographic.

Adults between the ages of 35 and 64 make up 76 percent of alcohol deaths, the majority of those being men, according to the Centers for Disease Control and Prevention (CDC). Consuming large amounts of alcohol in a short period of time can be incredibly dangerous, especially because alcohol poisoning, unlike a hangover, can occur while a person is still consuming alcohol.

In a short period of time, too much alcohol can affect heart rate, breathing, body temperature and a person’s gag reflex. If it goes untreated, it can lead to a coma, brain damage, liver damage, or possibly even death.

As a measure, it’s important to understand what experts consider excessive alcohol consumption.

Binge drinking is defined as consuming more than four drinks in one sitting for women and five for men.

Consuming more than eight drinks a week for women and 15 for men is defined as heavy drinking.

There’s no clearly defined amount of alcohol that can lead to alcohol poisoning because everyone is different.

An individual’s size, weight, metabolism, gender, amount of food eaten, and tolerance to alcohol are all factors.

So, “too much” alcohol is different for everyone, though it can be deadly for anyone.

How Much Alcohol Can the Liver Process?

It’s important to note that the liver can only process approximately one drink per hour, with a drink being considered as:

There is no way to speed up this process and once a person has consumed too much alcohol in a short time, it will need to run its course in the body.

In fact, alcohol levels in the bloodstream usually continue to rise for a short time even after a person has stopped drinking. 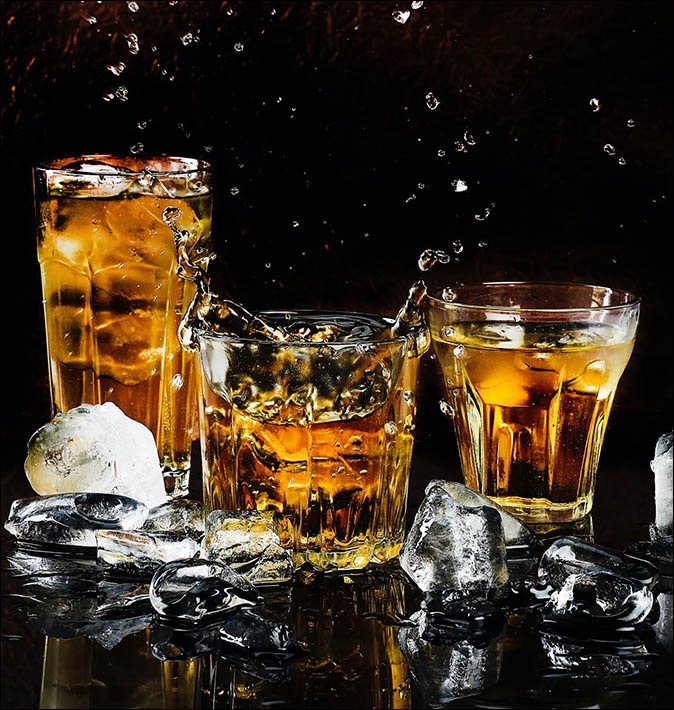 Some signs of alcohol poisoning mirror that of intoxication, such as a person staggering or having difficulty speaking. This is even more dangerous because friends, family or bystanders may simply believe the individual has “had too much” and expect them to sleep it off.

Because most people drink in groups, it might be difficult for any of the people in the group to notice another person is having any problems because they are all intoxicated.

There is a very real risk, however, that without medical attention they may never recover.

Recognizing the symptoms of alcohol poisoning can potentially save someone’s life.

Someone who’s been drinking whose lips, fingers or skin look pale and blue or if attempts to wake them up have failed, the situation can be dire and they need immediate medical treatment.

Other Symptoms of Alcohol Poisoning include:

Looking at all of these symptoms, the most important ones to remember spell “CUPS.”

If a person displays all of these signs, there’s a good chance they have alcohol poisoning.

In these situations, acting quickly and calling for an ambulance is crucial. A person with symptoms of alcohol poisoning must be placed in an upright position or on their side to prevent them from asphyxiation from their own vomit.

A person showing signs of alcohol poisoning should never be left alone or unattended until help has arrived. If medical help will take too long to arrive, the person should be immediately taken to a medical facility. While waiting for medical help to arrive:

Once a person arrives at a medical facility, they will be given a standard alcohol poisoning treatment protocol to make sure they are safe and on the way to recovering.

Treatment should never be administered at home because the risk of going into a coma could be fatal.

Depending on the person and severity of the symptoms, once the alcohol has been eliminated from the body, he or she will regain consciousness and begin to feel better. This can take 6 to 10 hours or more based on the BAC, rate of metabolism, and other health factors.

Once the dangerous symptoms have subsided, they could have minor symptoms or feel tired and sluggish for another day or two. Chances are high that they will feel the effects of a hangover the next day.

In severe cases, a person might develop liver damage or other health complications and these are more often found in people that have a serious and long-term problem with alcohol dependence or addiction, than a first-timer.

What’s the Difference Between Alcohol Poisoning and the Symptoms of a Hangover?

To be clear, a severe hangover may be the result of mild alcohol poisoning. Over-imbibing can have symptoms of an elevated heart rate, increased blood pressure and vomiting the next day after a night or period of heavy drinking as the body continues to flush alcohol from the system.

Both conditions can result from dehydration, inflammation, and expanding blood vessels.

But there are some unique differences between alcohol poisoning and a hangover.

Though they are generally less serious, hangovers can be entirely unpleasant. Dehydration headaches and nausea are two of the most common symptoms.

Hangovers can range from uncomfortable to severe, with symptoms of the latter lasting for up to several days.

Other Common Hangover Symptoms can include: Preventing and Treating a Hangover Symptoms

As the symptoms of a hangover run their course, some treatment options can be helpful, although there is no quick fix, and only time will relieve the uncomfortable feeling of drinking too much alcohol.

The most obvious way of preventing a hangover is by drinking alcohol in moderation, or not drinking at all.

Staying hydrated with plenty of water during the course of drinking alcohol will reduce feeling bad the next day. Eating food before drinking will help, and continuing to eat while drinking can also have an impact.

If a hangover still occurs after drinking, the following can help treat hangover symptoms:

Unlike alcohol poisoning, it is okay, and even recommended to treat a hangover the next day with coffee, food, a cold shower, and going back to sleep.

If pain medication is used, do NOT take Tylenol or acetaminophen, as mixing them with any residual alcohol in the system can be bad for the liver. This should especially be avoided right before bed after a day or night of drinking when alcohol levels are still high in the bloodstream.

Ultimately, though, it just takes the body time to flush the toxins that alcohol consumption leaves behind and rid the body of any leftover remnants.

The only sure way to avoid alcohol poisoning or a hangover is to abstain from drinking altogether.

If that’s not an option, pay close attention to how much alcohol you consume and don’t be afraid to speak up if you see someone else drinking a dangerous amount of alcohol.

The human body is an amazing machine and is very resilient. Alcohol poisoning and hangovers are the body’s way of saying that something isn’t right and drinking too much alcohol should be avoided.

For many people, their first hangover is enough to stop them from going overboard the next time. For others, it only serves as a mild inconvenience and doesn’t act as a deterrent.

Drinking too much or too frequently over time can become a dependence or alcohol use disorder that requires alcohol addiction treatment to overcome.

It’s always to best to err on the side of caution and only drink alcohol in moderation to avoid physical or mental health issues.

PrevPreviousNeurofeedback Therapy Cheat Sheet
NextWhat is Oxycodone and What are the Side Effects?Next